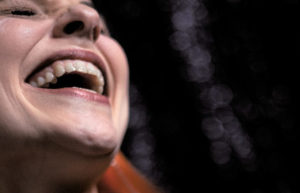 LIVE
This concert will be broadcast live on Friday 27th November at 8.30 pm on Philharmonie Live and Arte Concert and deferred on Mezzo and France Musique.

accentus and composer Pascal Dusapin have developed an intense musical bond, the former having interpreted all the latter’s works for mixed choir, recorded his Requiem and taken part in several of his operatic works. Here, accentus, conducted by Richard Wilberforce, turns its attention to Dusapin’s opera Penthesilea, premiered in 2015 at La Monnaie / De Munt in Brussels, a reworking of the play by Heinrich Kleist, in turn inspired by Greek tragedy.